2013 One Hour Enduro Had it all, Exciting Racing in Perfect Conditions.

The 2013 One Hour enduro had it all fantastic racing in perfect weather conditions. Following on from the previous days great racing which was round 3 of the PCRA/BRA club championship, the One Hour Enduro meeting did not disappoint as the riders put on an exciting show of close competitive racing.

Partnered with Steve Kairl, Ken Lawrence ran a masterful race with a flag to flag win. Past 2 years winners #6 Paul Borg and Jason Dunn were running a strong second but their race ended when Paul slid off on lap 39. 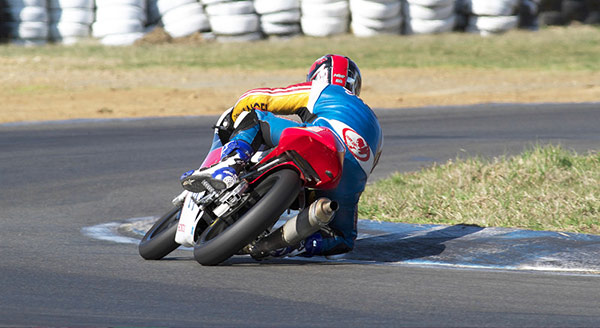 This is the only view the Motolite competitors got of Steve Kairl on the Big Bang Engines Honda RS150CRF he co-rode with owner Ken Lawrence. Steve got his lap times down into the high 1:11s and handed the bike over to Ken with a healthy lead which Ken maintained to the end giving Ken Lawrence his first win in the one hour event after trying for many years.
The Jeff Brown Cru Halliday Yamaha YFZR150 finished 2nd one spot better than last year with brothers Anthony and Edward Marsden an impressive 3rd at their first attempt running a (Sculley Honda RS85CR)

Ken Lindsay partnered with Harley Borkowski in the Superlite class to notch up a record breaking fifth win in the PCRA/BRA One Hour Enduro Classic. King Kenny the first rider to win this classic race five times. The father son team Jim and Walter Murphy had a best 1 hour result for them by finishing 2nd. #169 Ian Gregory/J. Orford finished 3rd. The Fred Holland/David Phillips Machine retired on lap 7 when lying a close 2nd. 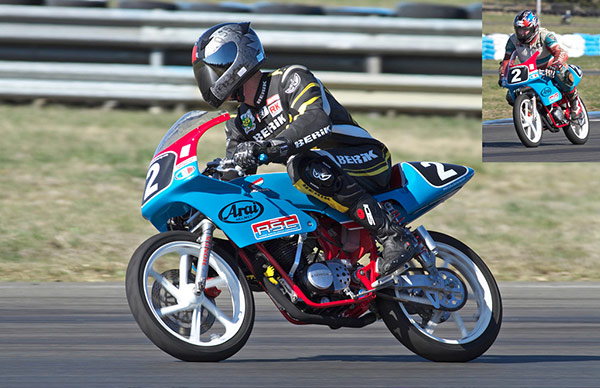 Harley Borkowski partnered Ken Lindsay to a record breaking 5 wins for Ken in the Superlite Class. Harley put down a string of fast laps the quickest being 1:21.3280 the fastest time for a 4 stroke Superlite.

The Commuterlites once again put on a great show with several groups dicing for the whole race. These machines are ultra reliable and create great racing. The #10 Jason Blanch/Dave Abbott ran hard to take the win from #48 Nicolas and Ron Winban with #26 Anthony Vassalla/Dave Abbott finishing 3rd. Graham Kairl and Lyle Bennett came home 4th. 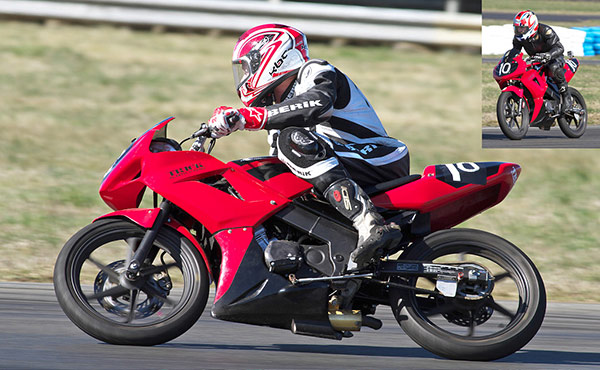 
Some Pictures from the one hour 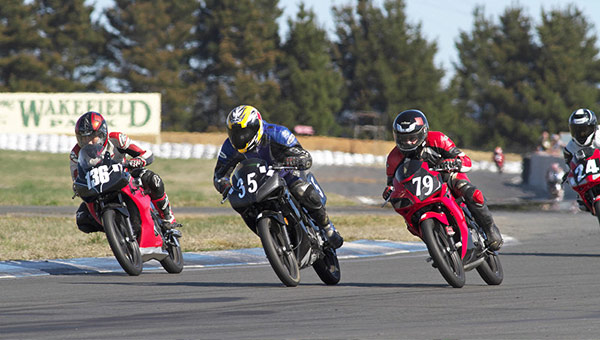 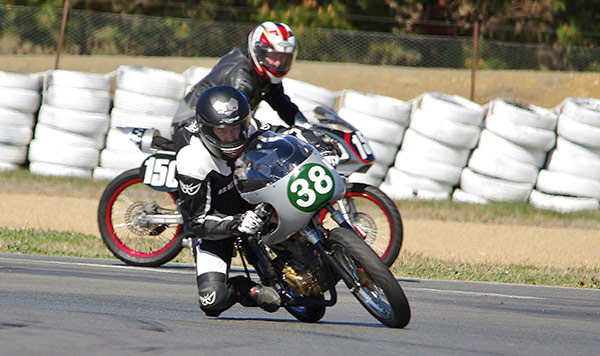 #38 Walter Murphy speeds on his way to 2nd place in the Superlite class while 6th place Motolite finisher #156 Timon Wegner heads for the pits to put Ryan Phillips on board.