If you live in NSW and have ever wanted to go bike racing this is the place to be. Home brewed bikes on race tracks offers outdoor fun while racing, and hours of indoor pleasure, home brewing your special machine!  Read More...

Hot on the heels of the news that the 2nd round PCRA/BRA meeting on 15th. April is cancelled now more bad news that the round 3 meeting scheduled for the 8th. July is also cancelled.
Massive delays to construction of the new track section and Pit area due to the very wet summer we've had is to blame.

Next meeting will be Wakefield Park on the 15th (now round 2) and the 16th of September for the annual one hour event..

BRA display stand at the Barry Sheene Festival of Speed

Again was judged a huge success as race goers showed plenty of interest in and sought information on Bucket Racing the fastest growing and most economical way into Road Racing.
Bikes for all bucket classes were on display.

In particular a huge amount of interest was shown by younger riders in the Commuterlite class which looks like continuing to grow at a rapid rate.

are up in the PCRA website for your perusal.

See what makes BRA racers tick. Check out the brave souls who bared all to be first on our websites new segment.

If you want your profile on the website email me: ozbucket   Webmaster, and I will forward you a form.

Bucket racing Association riders did very well across the classes at the 2012 Barry Sheene Festival of Speed meeting at Eastern Creek. 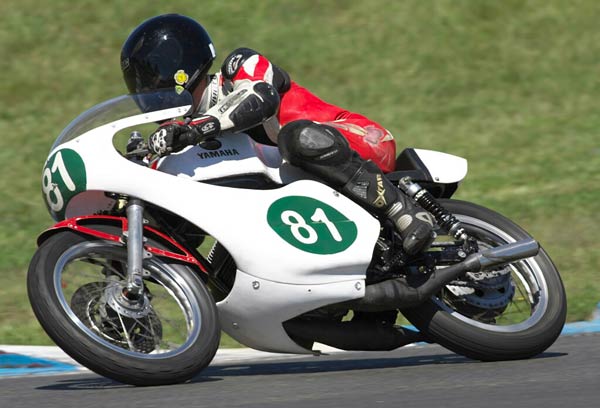 Lindsay McKay won all four heats to take out the Post Classic 250cc class, was 2nd in the Post Classic 350cc class and 3rd place in the Ken Lucas Senior Challenge. All results came from Lindsay's 250cc Yamaha which was ably looked after by Lyall Bennett. 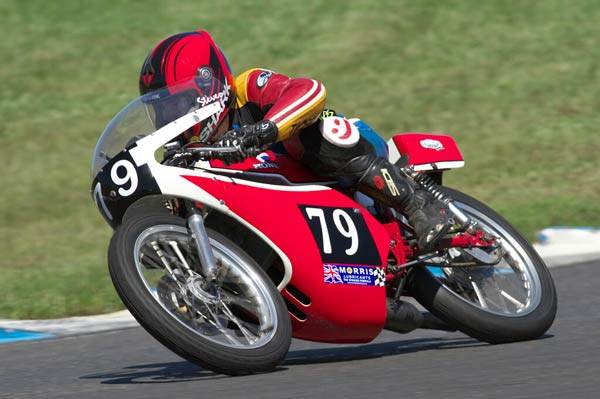 Stephen Kairl won the Forgotten Era 125cc class winning all 4 heats on his Honda MTR 125cc. He was not so lucky with his 350 after finishing a fine third in the first leg of the Forgotten Era 350cc class, in the second heat he had a major sideways moment on his Yamaha when it seized in the high speed turn one. The Yamaha was parked with a suspected broken crank. 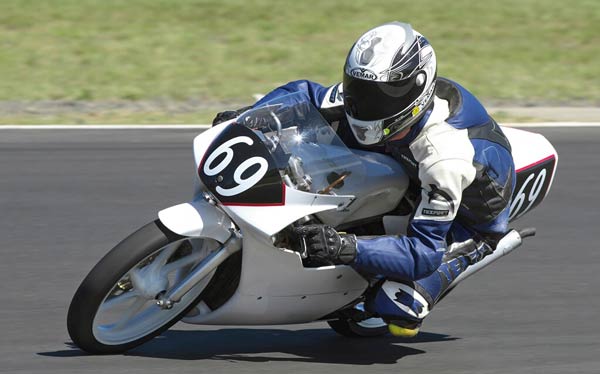 Jason Dunn and Paul Borg carried their fierce rivalry in Motolites to their P6 HONDA RS125's putting on some great racing swapping places continuously with Jason just edging out Paul for the weekend. Jason was also competing in the period 6 250cc class but got taken out by another rider in the first heat. Riders OK but some hasty repairs by his Dad Col got the bike shipshape for the rest of the event. Jason concentrated on the 125cc class after that. 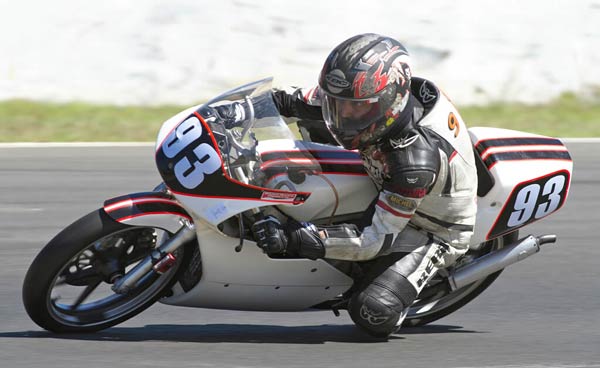 Try as he might Paul Borg had to give best to Jason Dunn on the day but not without a fine display of close racing. 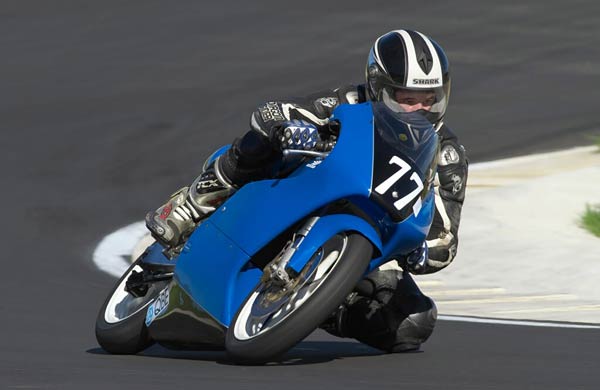 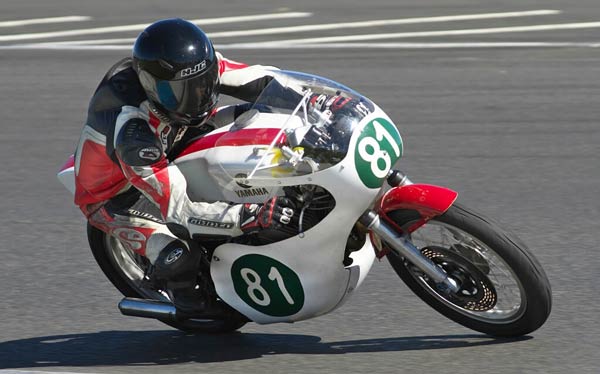 Lindsay McKay on his winning way. The Yamaha ran faultlessly all weekend. 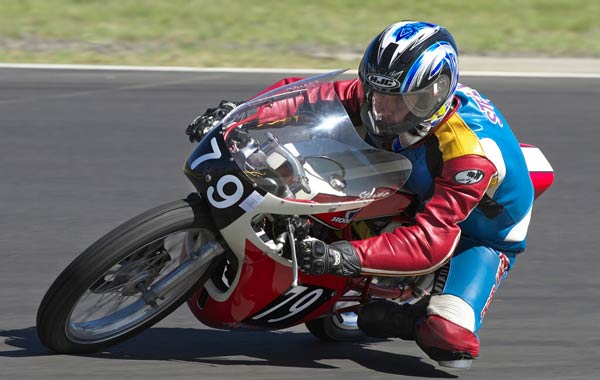 
Some interesting Bikes at the BSFOS 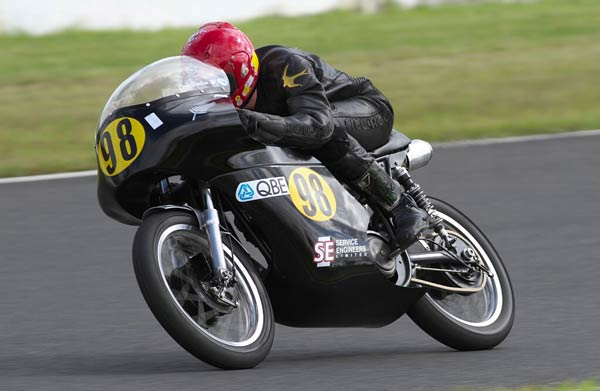 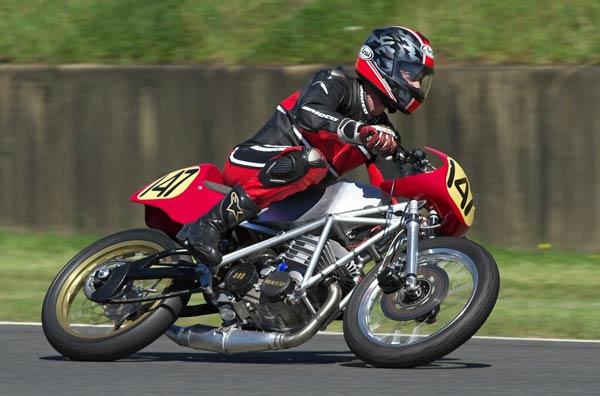